It is necessary to keep things in perspective! 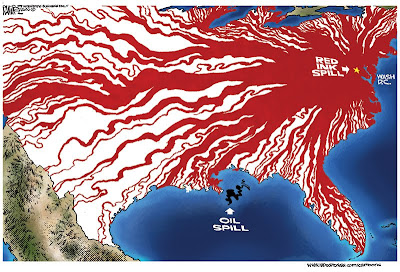 Stop spilling some of the red ink by ending those stupid, endless wars in Iraq and Afghanistan and bring the troops home NOW!

From 1938 to 1980 America had a highly progressive tax structure had top marginal rate of over 80%, and had tariff practices set up basically by the founding fathers to combat the East India Co. monopoly. Most notably on tea.
When FDR broke up the too big to fail monopolies responsible for the depression, When his cousin busted the trusts. It resulted in the biggest explosion of middle class wealth in the history of man.


The tea party was more about trade monopolies not being taxed, their monopolies being protected from american competition by the king, and the regressive taxes of the king used to maintain his military empire while his people lived in filth.

The Tea Party marches to protect the health care monopoly, and now it is furious at those filthy liberals who want to hold the BP oil monopoly criminally responsible for it's criminal acts--BP should be immune like the AT&T monopoly when it illegally spied on Quaker pacifists, incredulous journalists, and anyone who uttered "George W Bush is an murderous asshole," on the phone.

The Tea Party, aka Republicans, are the people our founders fought to free ourselves from. They worship money and have contempt for the poor. They are insanely jealous of the hyper rich monopolies and their CEO's who are profits of their "free market" God.

Obama is currently holding "deficit/debt commission" meetings in secret. Would you believe me if I said lots of economist are not all that alarmed by America's long term debt? They are voiceless in the debate, like those calling bullshit on WMD. Or public option supporters.

Watch this interview with Alan Simpson.

The reporter who has facts that contradict this arrogant anti-tax(on the rich), anti-government(pro-monopoly market) former Wyoming senator misconceptions is treated like a stupid chilld. The reporter has mad the study of social security his life, yet he is the one spewing crap.

Allan Simpson's job at the "debt Commission" will be protect the rich from haveing to suffer paying any more taxes, while the poorest suffer.

Simpson is the poster boy for Teabagger Asshole. He knows what he believes damn your "facts".

Solvency of Soc Sec is simple--eliminate the ceiling on taxed income from 250,000 to infinity and use the excess to fund health care for all through medicare, or if not that, raise the soc sec payment--can you live on $800 a month?