Ruffy, I think you are getting closer

hey everyone I finially got a letter from Ruffy. You do remember Ruffy. The specail guy to me. I have fallen in love with everything about him. He has a wonderful hubster known as "The Hubster". If anyone forgotten him. There is a picture of them together. Ruffy kissing "THe Hubster" Ruffy wrote me a letter last year about this time saying that "The Hubster" was mad at him for putting up the lights. Well I repost that one for you guys. Now I get another letter stating that "The Hubster" is oging to kill Ruffy for putting up the lights after he saw the next door nieghbors house. So Ruffy wanted to do the same. I did ont see anything wrong with it until I saw the picture. Ruffy I think you are getting closer to decorating the outside house better. 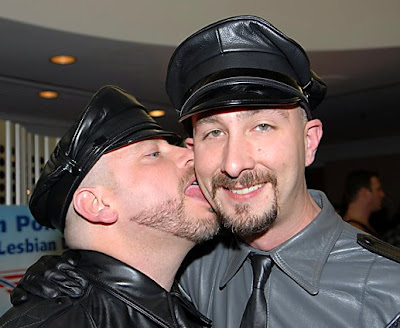 
The Hubster has been on my case

to get the Christmas lights up

for a couple of weeks now.

They are up now,

and for some reason

he will not talk to me.

Don't Understand why, can 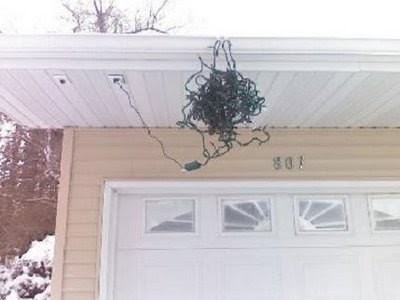 Well I go another wierd letter from from. Still stating that he talk to his nieghbor about the lights. He saw how nice they looked on the next door nieghbor's house. He was going to do the same. Once again "The Hubster" got mad at him. I do think Ruffy is on the right track on getting closer to lighting the house. 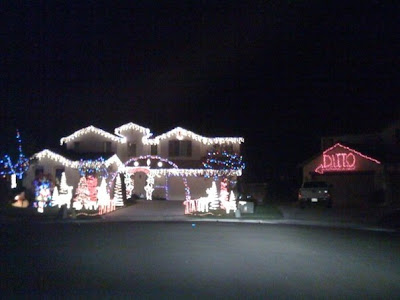 Great post Ray! Good to hear they are both doing fine.

I think once lit, that wad of Holiday House Lights may make a powerful and focused Christmas statement. Ya know, they say that less is best! Loved your post even though it is dick less. Ride well my friend Ray -

BTW Ray have you heard anything from our boy Pick up in Canada lately? I worry about him. I think his computer crashed. I miss him too.

Great to hear that Ruffy and the Hubster are doing well, I miss the lad, and for the lights, everybody does it differently, it's all part of the Holiday Spirit, I prefer minimal myself, it's a choice.

Ray....I totally love the "ditto" pic. But if this was my hubby doing this, her ass would get shoved up the chimney......

Glad the yare both doing great! I've missed his blog!

That ditto pic is the best!

Ruffy I do hope you know that you are missed.
Hugs
Ray

I thought this was cute.

Awww thanks guys! So nice to know I have been missed!! =) Interesting post Ray, but you realize my Martha qualities would never allow me to hang lights on the house that weren't tasteful and perfect! Been thinking of you guys!! All is well here- Peace!! - Ruffy

Hell, yeah, you're missed. All the best to you guys! and thanks, Ray for posting this...